Growing up in ‘70s Nottingham, Tony and Kev shared a daily bus journey to school, usually dominated by talk of music. Whilst schoolmates might have been discussing The Clash, Gary Numan or The Undertones, the boys were delving into the country rock of Waylon Jennings, Creedence, Gram Parsons and The Eagles.

From the age of fifteen, the boys were playing in an Irish showband – The Moonshiners – run by Kevin’s dad. They were soon gigging two or three nights a week in the Irish clubs and Catholic community centres that were the circuit for bands playing ‘Irish Country’ for sell-out dancing crowds. Playing venues across the Midlands and the North, the boys had done 100+ gigs by the time they were seventeen.

Kevin recalls: ‘Country music was the staple of the set, but we were interested too in the edgier material such as outlaw country’. At the time, public libraries offered out vinyl records on two-week loans, often relying on requests to guide their purchases of new stock. By chance a fellow fan seemed to be asking Kevin’s local library to order lots of these artists and so he got a free musical education in an emerging genre: ‘My lucky break was this person loved Merle Haggard and Joe Ely and the library seemed happy to order everything they wanted. We were quickly hooked.’

On top of that, Kevin’s family happened to be close friends with Irish showband legend Big Tom McBride. ‘It was great to go back on visits to Ireland where he was god-like. He would take me on the roads or to the local pub and discuss country music for hours. By the time I was 18, I was hooked.’

With the formation of their own showband – The Rambling Boys – whilst in Sixth Form, the guys built even more gigging (and driving) experience, and the freedom to broaden the setlists further beyond mainstream country. ‘The journeys to gigs were prime time to put a cassette tape on the car stereo of the latest from Emmylou or an old Gram Parsons album and find new songs for the set – alongside mainstays like Kenny Rogers, Don Williams and Johnny Cash,’ Tony recalls.

Kevin sums it up: ‘What was certain was that country was in our blood and we realised that if you looked hard enough – beyond the Irish country genre and the big Nashville names hitting the mainstream UK charts at the time – you could find really cool country-influenced music being made.’ 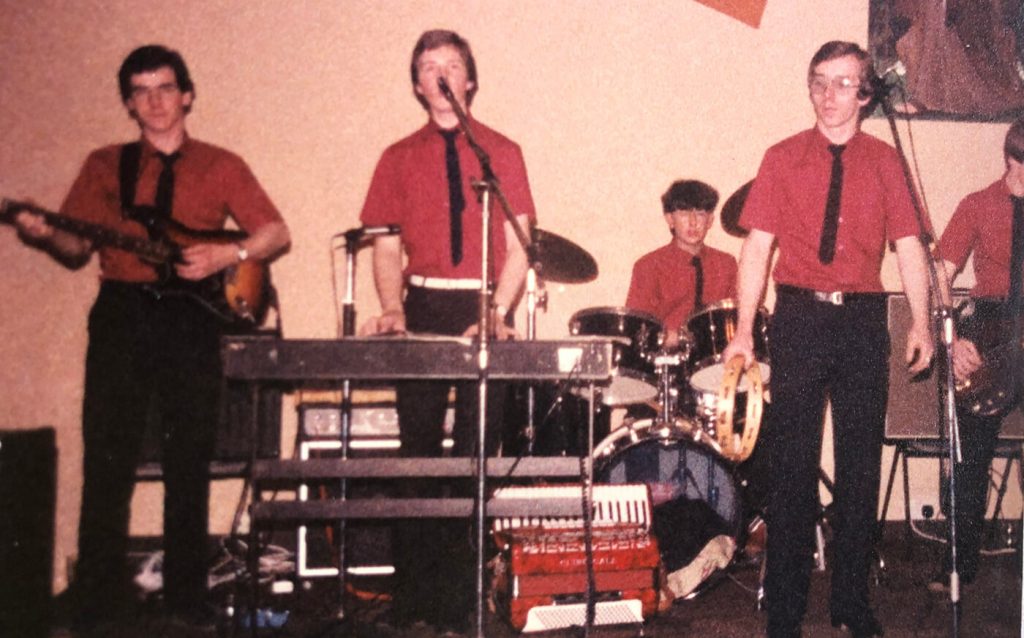